Dastarkhwan - e - Lucknow - Feasting in the Land of Nawabs 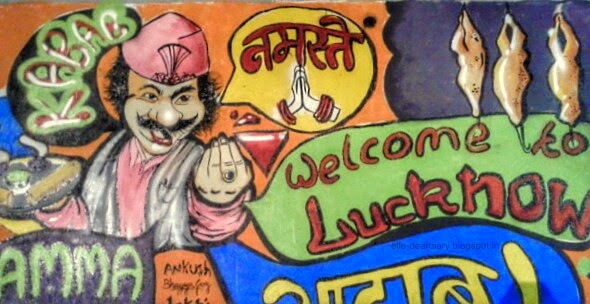 Lucknow - For me, the name brings with it lot of Tehzeeb and Aada ( Manners and Elegance/Grace)  and a wonderful fragrance of royal cuisine or to put it more simply the aroma of good food. When P announced that he has some work in Lucknow over the weekend and asked me join him, the aroma of Awadhi cuisine wafted through the streets of Mumbai! And thus keeping the tradition of our sudden weekend trips, we landed in Lucknow late evening in the last Friday of February 2015.


Saturday P got done with his work by evening and we had time till Sunday afternoon; so we decided to make most it and when in Lucknow, you let your stomach make the decisions. First stop - Hazratganj, the most happening place in the city. 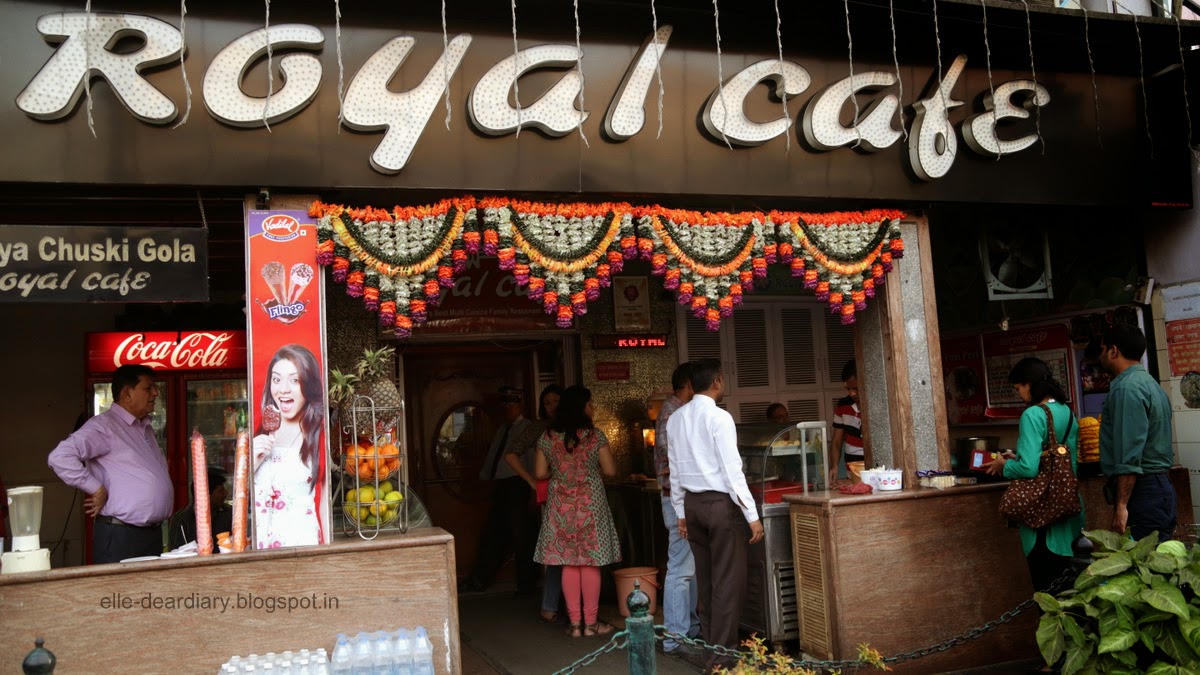 Royal Café : This place is a full fledged multi cuisine restaurant. But Royal Café is famous for the chaats; topping the list is the Tokri chaat. This one is very interesting. The whole chaat is served inside a tokri which is edible too. The chaat counter is outside the actual restaurant.
Tip : Avoid the restaurant and eat with the crowd outside.

There we met the steward named John Bell. 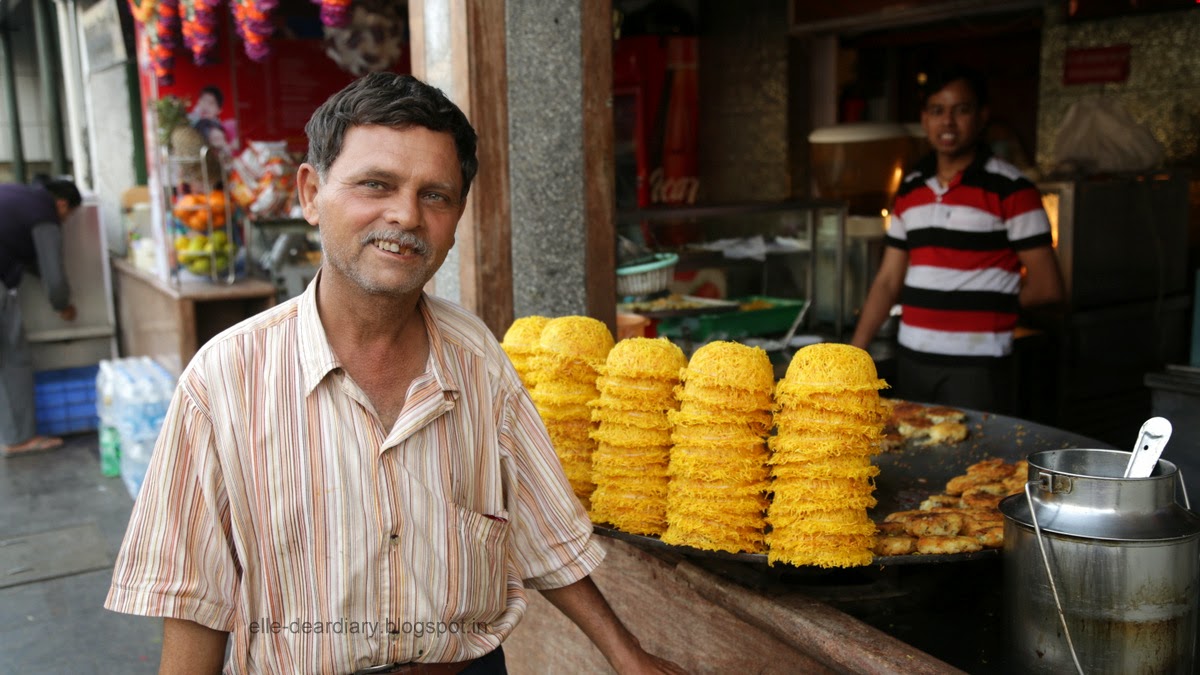 As he was moving with a smile from one customer to the other serving orders, clearing the dishes; we got talking with him. He said his grand father had come from Germany and his name was Arnel Bell. Arnel fell in love with an Indian lady in Lucknow and stayed back. John has been with Royal Café since last 9 years. Educated at La Martinere school, this father of a daughter and a son said he loves Lucknow and happy in his place. It was fun watching him work there, smiling and with a twinkle in his eyes. 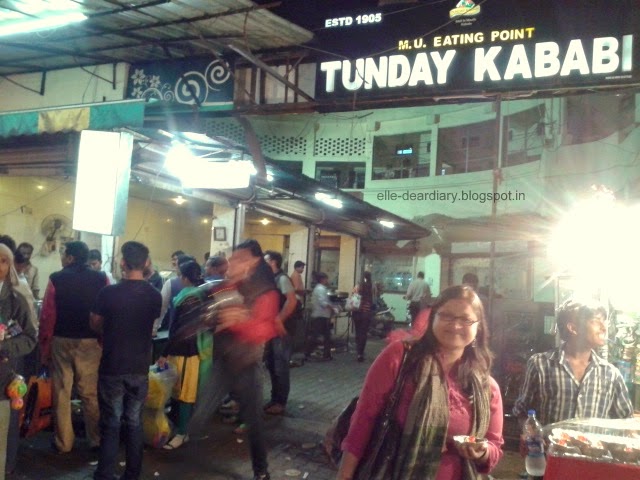 Tunday Kababi : THE MOST iconic place in Lucknow. Any visit to this city of Nawabs and Kebabs is incomplete without eating at Tunday's. We went to the one at the Naaz cinema lane, near Aminabad. The original one is at Chowk,in the old city.This is where Haji Murad Ali single handedly began this  100 year journey of world Kebab domination!
Tunday Kababs deserve all the accolades that they enjoy. Their famous Galauti Kabab is a riot of flavours and just melts in the mouth. What one remembers is how the flavours of the  160 ingredients that go into creating this kebab reveal themselves layer after layers...wonder how Ghalib or Mir would have described these kebabs in their poetry. We had decided to get Kebabs packed next day for our friends in Mumbai. So we thought of going slow that evening and ordered only one plate with one Ulte Tawe ka paratha. But no true lover of good food can eat just one Galauti there. We ended up ordering another plate with Sheermal. They are heavenly and quite reasonably priced too! 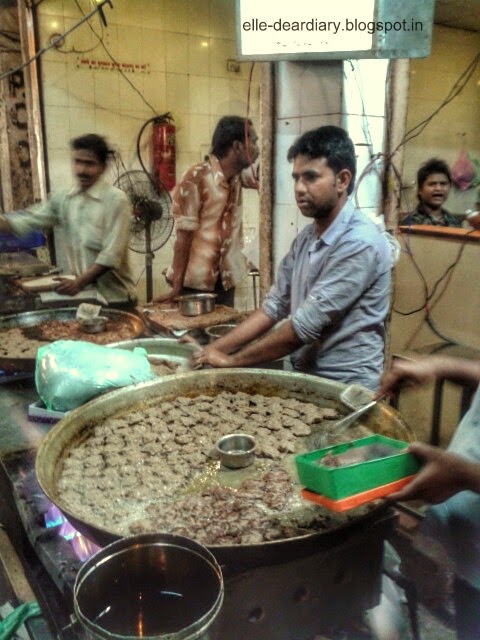 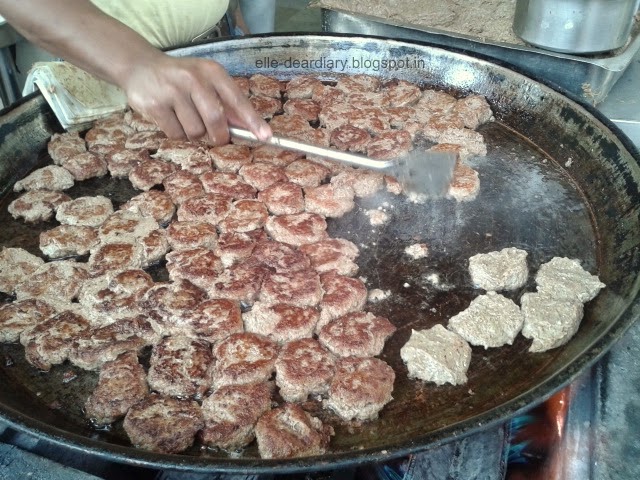 Prakash Kulfi : Walk a bit from Tunday Kababi towards the main market and you have another famous place. Prakash kulfi is known for the awesome, mouth watering kulfis. 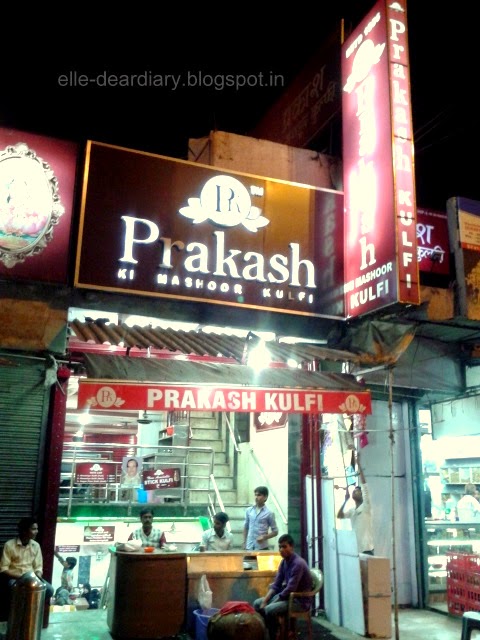 The Mughal's Dastarkhwan : There are many Dastarkhwans in Lucknow. All claiming to serve       " Authentice Lucknowi cuisine". For this we took the help of my colleague from Lucknow and went by his recommendation. This Mughal Dastarkhwan is at Lalbagh, opposite Islamia College. This one is the oldest in town. We reached pretty late and when we were finally seated, ours was the last order. We had Mutton chops for starter, Mutton Biryani for Mains and Shahi Tukda for Dessert. Each one of the dishes were very finely cooked. In each place the biryani has a unique taste and feel to it. Kolkata Biryani is very different from Hyderabadi biryani and Lucknowi biryani is again very distinctive from both. 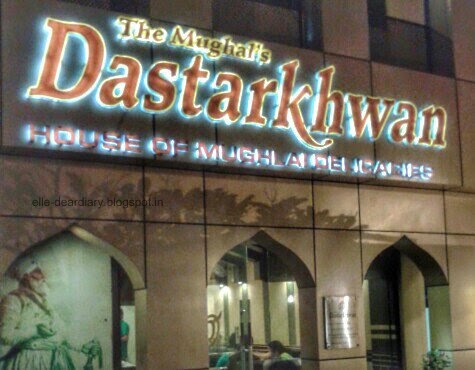 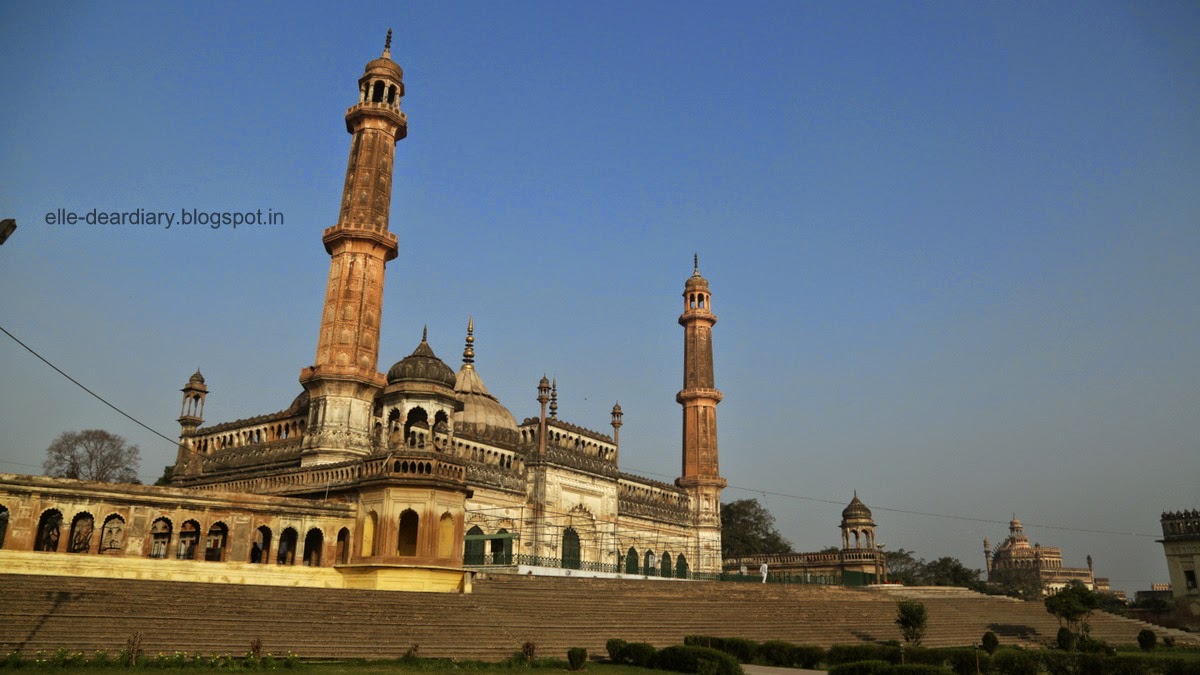 Lucknow is surely a " paradise for foodies". With just one evening and a half day in hand it was not possible for us to explore the way we would have loved to. But it will be really unfair if I don't talk about the lunch that we had on Saturday. It was with a Sikh family residing in the city since last so many years. They made Kadhi Pakode, Chicken curry, Paneer Matar, Chapatis and Veg Pulao for us. The North Indian Kadhi Pakode is my favorite and when I saw that on the dining table I was sure elated. Nothing was over spicy or too oily. Everything was cooked with simple spices but each morsel tasted divine. For dessert, they served a super simple version of the classic Gajar Ka Halwa. It had no ghee, no mawa and no sugar either. Simply garnished with chopped cashew nuts, this is one Gajar ka Halwa I can indulge in without feeling guilty. Incidentally my version of Gajar ka Halwa is equally simple but I do use one spoon of sugar and little oil.


On Sunday early morning we went to Bara Imambara and the old city.We thought of having breakfast somewhere at the Chowk area but could not manage time as we had to get Kebabs and Biryani packed before we check out and head to the airport. Next to Tunday Kababi, there is Wahid's Biryani who serves excellent biryani. We got the biryani packed from there. 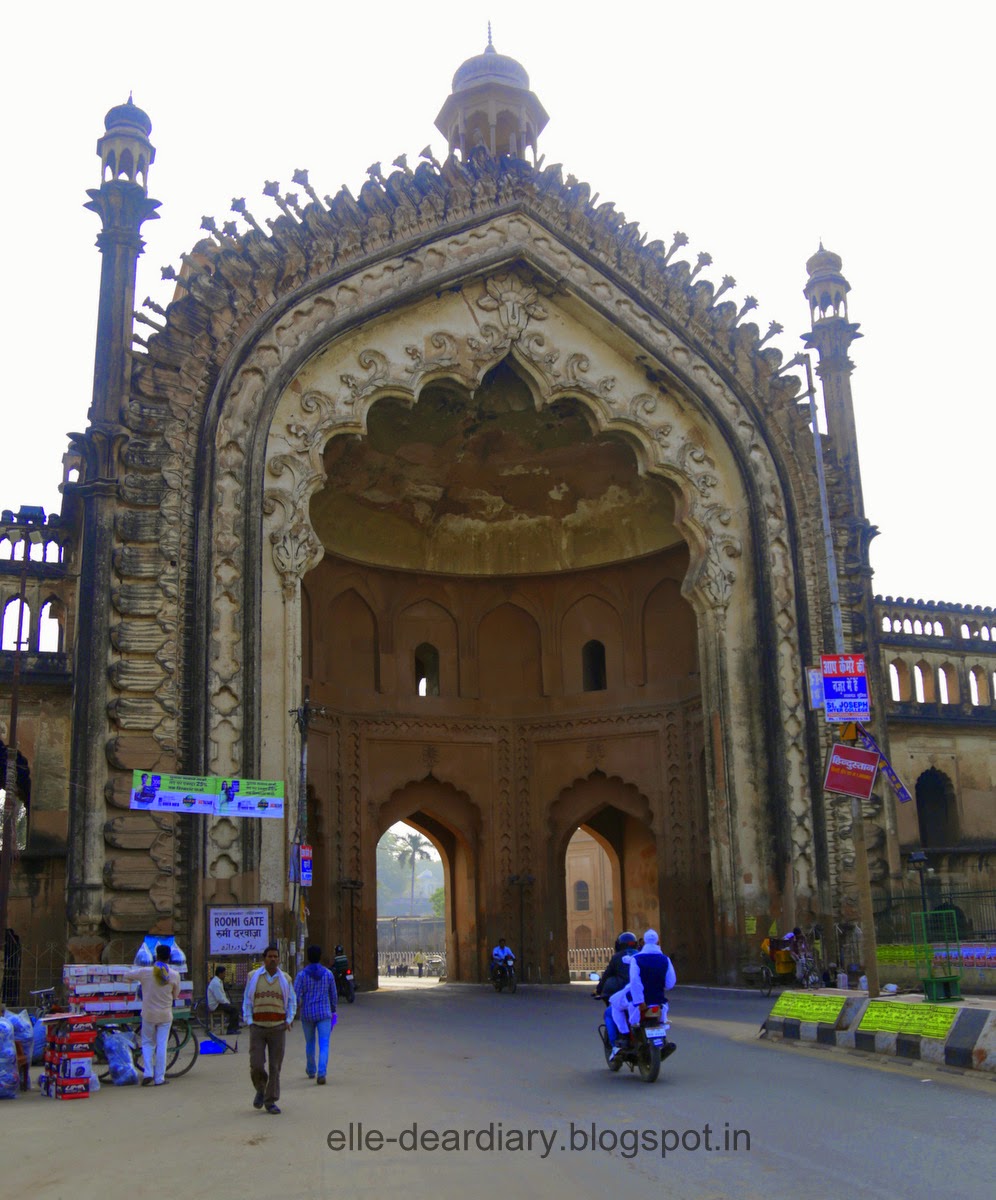 The foodie in me fully satiated, I had make a quick visit to the shopping area too. Thankfully the Aminabad market is full of Chikan Kari shops and I did manage to pick up a thing or two too. That was surely the icing on the "Lucknowi cake" :D


PS:-Reasons to go back?
we missed having the Makkhan Malai at Chowk and Dahi bhalles...there will be a next time soon.